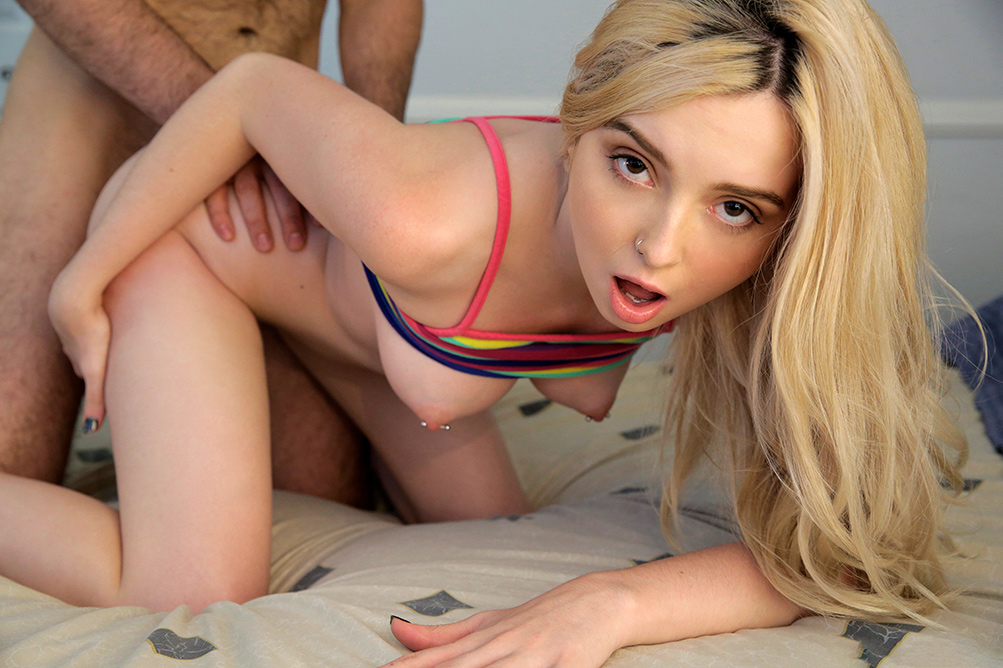 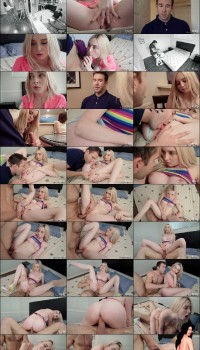 A week later, Will and Sovereign are going over a review of Lexi’s first week with her. As soon as Sovereign’s attention is on reviewing the papers, Lexi takes the opportunity to act. She flashes Will her boobs now that she knows the sight of that will get him nice and hard. Then she frees his dick so she can give him a handie. She waits until the last possible second to disengage, coming dangerously close to getting them both caught. That’s enough for Will, who waits a while before confronting Lexi in her room to tell her to cut it out before they both get caught.

Instead of backing down, Lexi takes the opportunity to complete her seduction of the admin. Rolling onto her back, she presents her pussy and insists that he lick it. When Will is done feasting on that bare twat, he sticks it in to finally feel Lexi’s tight twat. Lexi lets Will have his way with her, then climbs aboard his hardon to ride him. She finishes herself off with a doggy style romp that leaves her mewling her pleasure. A moment later, Will pulls out and cums all over Lexi’s ass as she teases his dick with her butt. He ends their romp by telling Lexi they can’t do this again because he can’t lose his job.